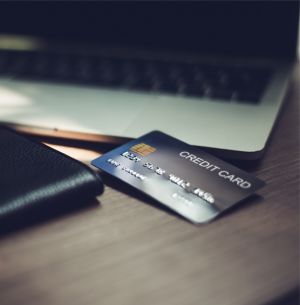 If you have been arrested in Houston, Texas, the first step in an aggressive defense of your rights is for you to contact an experienced criminal defense lawyer.

Your case begins when there is probable cause to believe that a crime has been committed. There are three ways that a case can be brought to court:

(1) arrest of the accused at the scene of the crime or soon thereafter, or

(2) arrest based on a warrant issued by a court as a result of a sworn complaint, or

(3) arrest based on an indictment by a grand jury after investigation. The arrested person may be taken to various substations and city jails before eventually being housed in the County Jail. Until the clerks, prosecutors, and law enforcement have completed the paperwork and computer entries necessary for identifying and formally arrested person, there will be no opportunity for bail. No notice will be given to family or friends waiting to bail out the accused when the accused has made the computer. The best they can do is to have a bondsman continuously check the status of the accused’s case.

If you suspect that a warrant has or will be issued, contact Ms. Walker. he has access to the Harris County and other County computer systems and can verify and monitor warrants.

In Harris County, the district attorney, not the police officer, makes the decision whether to charge a person with a crime. The District Attorney’s Office has prosecutors at intake division 24/7 who review cases for filing. Most commonly, this process consists of a single phone call from an officer on the scene to the intake division. During the call, the officer will explain to the assistant the facts of his case and the prosecutor will make the immediate decision whether to accept charges or not.

The person making the arrest must, without unnecessary delay, take the accused before a magistrate. The magistrate must inform the accused of his constitutional rights and determine whether probable cause exists for the arrest. This first appearance usually occurs within twenty-four hours of the arrest.

Sometimes the accused bails out of jail before he can be brought before the magistrate. In those cases, and sometimes irrespective of whether he has seen a magistrate, the trial judge may bring the accused before her bench on the first setting to explain his constitutional rights and review probable cause to determine whether bail is sufficient. This is one of the most important reasons charged citizens should get legal representation early. A skilled lawyer may be able to dissuade the judge from raising bail or attaching bail conditions.

For many crimes, bail has been previously determined by the courts and is in a list of standard bail amounts. In certain circumstances, the bond is denied to the accused. The judge assigned to the case may set or change the bail amount depending on the case.

In some circumstances, bail is set too high for the accused to get out of jail. When this happens, there are formal and informal techniques the accused’s lawyer must use to reduce the amount. Since bail is supposed to be set for the purpose of assuring the accused returns to court, often the relationship the lawyer has with the prosecutor plays a role in getting the bail amount reduced. If the prosecutor is comfortable that the accused is not about to flee, he may agree to a reduction. If no agreement can be made, then the lawyer must turn to the judge. The Judge may, after hearing the facts of the case and the life circumstances of the accused, informally reduce the bail amount.

The district attorney is required to present felony cases to the grand jury. Most presentations before the grand jury are without witnesses. A misdemeanor charge does not require a grand jury indictment.

In some cases, it might be advantageous for an attorney to fight the case at the Grand Jury stage in order to convince them to dismiss his client’s case. It is advisable in some cases to prepare and present information packets to the Grand Jurors for review. A letter to the foreman of the Grand Jury usually accompanies this explaining why the case should be “No billed”.

The Grand Jury does not determine guilt or innocence, but rather whether probable cause exists. The members of the Grand Jury can very easily have serious doubts about the guilt of the accused and still indict. Because of the low standard for an indictment, grand juries indict the overwhelming majority of cases. If the Grand Jury does indict, all is not lost. Most dismissals occur after the indictment.

The first appearance of the accused after indictment is called an arraignment. Very likely, if the accused is represented, arraignment will be uneventful. Normally, the procedure is as simple as the accused answering docket, and the attorney resetting the case to proceed with discovery.

Discovery is the process by which the Prosecutor provides the defense with evidence relevant to the case. Should the prosecutor not provide all the evidence, Ms. Walker knows what is missing and how to get it.