Understanding Evidence in a Criminal Trial

In 2020, there were 130,034 violent crimes committed in Texas, according to data from the Texas Department of Public Safety. The outcome of a criminal trial will often depend on the evidence presented which may include physical evidence, scientific findings, and witness testimony. However, regardless of how convincing evidence may be, it is only effective where it’s admissible in court. An experienced criminal defense attorney understands and leverages the rules and rights of presenting evidence during a criminal trial. 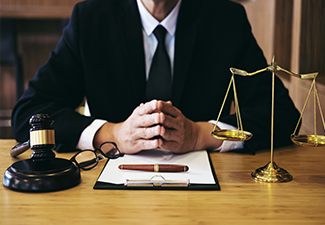 If you have been charged with a crime and face a criminal trial, retaining a highly skilled and aggressive Texas criminal defense attorney is crucial in protecting your rights and building your defense. As a former assistant prosecutor, attorney Mekisha Jane Walker has comprehensive legal guidance and reliable representation to help clients facing criminal allegations. As your legal counsel, her firm will evaluate and investigate every detail of your case, explore your possible legal defenses, and help you seek the most favorable outcome available. The Walker Law Office proudly represents clients in Houston, Texas, and throughout Harris, Galveston, Montgomery, Fort Bend, and Brazoria counties.

There are several different types of evidence that can be admitted during a trial as long as it is ruled by the court to be relevant to the case at hand. Every piece of evidence, no matter the type, isn’t weighed the same. Ultimately, it is up to a judge or jury to listen to the evidence, weigh the information, and make findings of fact. The most common types of evidence include:

Even with the different types of evidence, there is another level of scrutiny concerning how the evidence is presented and digested by the jury. Namely, evidence can either be direct or circumstantial.

Direct evidence establishes a fact. It can be a witness testifying about their recollection of events or a piece of physical evidence like a hair or fingerprint that ties the person to the action.

Circumstantial evidence is when a witness cannot tell you directly about the fact that is intended to be proved. Instead, the evidence can be inferred from the information being given. For example, if a witness testifies that she saw the suspect fleeing from the murder scene with a gun in their hand, this may infer that the suspect committed the murder.

Relevance of the Evidence

The court rules that for evidence to be admissible, it must be relevant to the case. Evidence is relevant when it has applicability to the issues presented in the case, meaning that it applies to the truth or falsity of matters in regards to the issue between the parties. A fact is relevant when it helps to prove an issue. In addition, a fact bears directly upon the point of the issue and proves or has a tendency to prove the point alleged.

What Evidence May Be Not Admissible?

Evidence that may not be admissible is anything that is not presented before the trier of fact (i.e., the judge or jury) for them to consider in deciding the case. Rules of evidence determine what types of evidence are inadmissible. Generally, evidence is more likely to be ruled inadmissible if it is:

If an item of evidence is considered inadmissible, it cannot be used in court during a hearing or trial to prove a fact at issue in the case.

If you are facing a trial for a criminal charge in Houston, Texas, your very freedom is at stake. With such high stakes, you need a dedicated, experienced criminal defense attorney on your side. As a former assistant district attorney and felony prosecutor, attorney Mekisha Jane Walker knows the law and will help you navigate the Texas criminal justice system. Her firm has the resources necessary to represent you through every phase of the legal proceedings and work to protect your rights. Call the Walker Law Office today for a free, one-on-one case evaluation. She also serves clients in Galveston, Montgomery, Fort Bend, and Brazoria counties, Texas.

Understanding Search and Seizure Laws in Texas Should I Still Hire an Attorney If I Think I’m Guilty? What Qualifies as Solicitation of a Minor in Texas? Driving High: Texas DWI Charges