What Are the Rules for Self Defense in Texas? 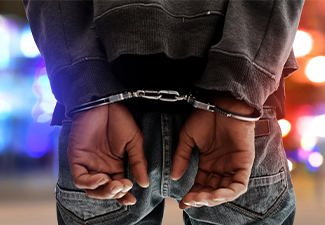 Guns are ubiquitous in Texas, a state with some of the least-restrictive gun laws in the country. Statutes regarding self-defense are equally as liberal, allowing the use of deadly force to defend life and property without the requirement to attempt retreat from a threat.

If you used deadly force against another person in an act of self-defense, you may want to know what your legal standing is. If you are being threatened by someone, you may want to know the lengths to which you are allowed to go under the law to protect yourself or someone else, consulting with an attorney is important. Attorney Mekisha Jane Walker is proud to assist people in Houston, Texas, and throughout Harris, Montgomery, Galveston, Brazoria, and Fort Bend counties.

Under Texas law, self-defense is the justified use of force against someone the person acting in self-defense has a reasonable belief is placing them, their property, or a third party in imminent harm.

For example, the use of force, including deadly force, may be employed if someone with a gun threatens someone who is not armed or threatening, and you shoot or otherwise use force to harm the person with the gun.

The case for self-defense might be proven by someone who shoots another person attempting to steal their car while the shooter’s children are in it.

Another example of self-defense would be a case in which someone wielding a knife is attacking another person with it. The person being attacked grabs a baseball bat and swings it at the head of the person with the knife, resulting in their death.

In each example, someone was placing someone else in imminent danger for which use of deadly force in self-defense is justified under the law.

It is most likely that should law enforcement arrive at the scene of an incident where you have injured or killed someone, you will be arrested and taken in for questioning. Because you are claiming you acted in self-defense, the burden rests with you to prove the actions of the other person warranted the use of deadly force.

How you answer the questions of law enforcement upon arrest, and if subsequently questioned by a prosecuting attorney, will determine whether criminal charges are pursued against you, including assault, murder, or manslaughter. Even if you believed you acted in self-defense, it behooves you to decline to answer any questions or provide any information other than your name and address until you have a criminal defense attorney present. It could mean the difference between being charged with a crime or not.

One of the reasons proving self-defense can be easier in Texas is because it is a “stand-your-ground” state. A self-defense claim used to require that you attempted to remove yourself, escape, or retreat from a confrontation before using deadly force. Standing your ground means that you no longer have any legal obligation to retreat before using force when defending yourself.

Possible Penalties in a
Failure to Prove Self Defense

If you cannot provide sufficient evidence of self-defense, you face the criminal penalties for the act with which you are charged.

How Legal Counsel Can Help

Texas law allows significant latitude in claiming self-defense, but proving the imminent threat of harm is not always an easy thing to do. An experienced criminal defense attorney understands what evidence is required to prove self-defense. An experienced criminal defense attorney who began her career as an assistant district attorney, prosecuting those charged with felonies is even better equipped to help clients bear the necessary burden of proof.

In Houston and throughout the state of Texas, there are many people in prison who claim that they acted in self-defense and truly believed they were when they seriously injured or killed someone else. If you are in Houston, Texas, or throughout the counties of Harris, Montgomery, Galveston, Brazoria, and Fort Bend and believe you have a claim of self-defense, or if you feel threatened by someone and want to understand when you can use deadly force should the threat become imminent, call Walker Law Office today.

Yes, a DUI Is Worth Fighting Common Myths About DWIs Understanding Evidence in a Criminal Trial Are There Alternatives to Going to Jail?